In a series of three articles, Lisa zooms into smart & connected office buildings from a Corporate Real Estate end-user perspective. The first article is about the deeper meaning of being ‘smart & connected’ and the move from owning assets to asset-as-a-service. The second articles explains more about the reasons for Deloitte to co-develop The Edge and why it was so important for the building to not just be sustainable, but also smart & connected. The last article tells more about the next steps our CRE department is taking together with our Consulting colleagues to optimize the building’s usage and user experience: The Edge 2.0.

Making The Edge “smart” by connecting all of the building’s technology with sensors and ethernet cables and gathering data about the usage of the office, was essentially an experiment. The idea was to determine (1) whether the building indeed supported the strategy to attract and retain the right talent by enhancing the employee experience, and (2) whether it helped further optimizing the CRE portfolio, workplaces and facility management.

However, as soon as the Edge was completed and in use, it was noticed that running the operations of a smart office are more complex than expected. Suddenly there’s a huge amount of data to work with, as there are 28.000 sensors gathering data about nearly everything that happens in the building, such as its energy usage, heating/cooling, occupancy, parking, coffee machines, and so on. But it wasn’t clearly defined who would analyze this data, what analyses were really important and who would manage the actions that resulted from it.

Therefore, The Edge 2.0 program was set up, which is a collaboration between Deloitte Digital, Real Estate Consulting and IT & Workplace Services. The main idea of this program is to further optimize the Headquarters together with an ‘ecosystem’ of partners and suppliers, like OVG, Philips and CBRE. Together, the partners aim to take full advantage of the data-driven operations in The Edge, and use the building as a living lab to test new technologies and innovations that further enhance the user experience.

Moving from The Edge 1.0 to The Edge 2.0 can be further explained by looking at the evolution of buildings in general. Traditionally, most buildings simply offered a shell for activities and the building systems were controlled manually. Over time, building systems such as ventilation and heating/cooling based on CO2 and temperature measurements, became more and more automated, increasing the buildings efficiency.

With The Edge 1.0 the infrastructure was laid down for a Smart and intelligent building: systems and data were integrated by connecting the systems to the internet (IoT) and installing sensors. However, the feedback loop was not closed, as the usage and feedback data was not yet applied to adjust the building and its systems automatically based on its usage. As explained, these processes require a lot of data analytics and scenario building, so that the building can optimize itself.

As a practical example of how complicated it can get when you connect all technology in a building and what it takes to close the feedback loop, let’s take a closer look at the coffee machines. In The Edge “connected” coffee machines are installed, with sensors that measure supplies of coffee, milk and chocolate powder and also give a signal when the machine breaks down. All 23 coffee machines are connected to the internet via a data cable and this enables us to collect the usage and error data of the machines real-time.

So, let’s say that the milk of coffee machine eight is finished. The sensor in the coffee machine notifies that the milk is finished and sends the data through the network to an analysis dashboard. Consecutively this information is sent to the facility management firm. As the facility manager receives the data, the loop should be closed, as they can start refilling the milk right?

Well, not really, because previously, the facility manager couldn’t do anything with the received data dashboard. Their contract and SLA (Service Level Agreement) stated that they needed to make a first service round at 9AM, refilling e.g. the milk, and a second round at 4PM. As their performance fee is based on these predefined operational KPI’s (Key Performance Indicators) and the contract with Deloitte stands for a period of 5 years, the FM provider is unable to actively use the dashboards and refill the milk whenever it’s empty, even if they really wanted to.

Last year however, the 5-year contract ended, giving the opportunity to renegotiate the contract terms and add some new requirements. In The Edge, with all of the data that is gathered about its use, it is preferred that the facility manager provides a service only when needed, instead of working with a set schedule. However, this can only be done when the facility manager is provided with real-time data and dashboards.

By giving the FM provider access to the data and dashboards they need, with the new contract, the facility manager is able to provide a better service, e.g. a clean building and enough coffee, as well as save on resources, instead of cleaning rooms that have not been used or filling up the coffee machine when still full, just because it’s in their schedule and contract.

One small obstacle: neither one had experience with these type of output-based contracts. That’s why currently Deloitte and its service provider are trying to figure out how to set up the service contract and how to base performance fees on output and outcome. To measure the quality of the services, all of the collected data needs to be captured and combined and a scalable IoT data analytics platform needs to be implemented. With this platform, it is possible to make real-time, online accessible dashboards, with which the FM provider can do their work and the client can check the outputs and outcomes on which the performance fee will be based.

Besides having to change traditional contracts with service providers, installing IoT in an office building also means keeping up with high-paced technological developments. Recently, the coffee machine company got in contact and explained they have great new sensor technology. One of these new sensors can signal when the milk is almost finished, so the machine would never be out of milk again. However, they do expect payment for the new sensors and their installment. The Edge doesn’t have coffee as-a-service, but bought machines, which means that all of the technology will soon be outdated and updates are at the building user’s own cost. This shows exactly the traditional way of thinking versus the new way of thinking: owning assets versus asset access or as-a-service (as explained in the first article of this series).

Since more than 3 years of data has been collected on the usage of these coffee machines, it is decided to do a test and run 2 pilot projects: (1) Buy the new sensors and install them in some of the coffee machines, and (2) Develop a data analytics tool that predicts when the milk is finished based on data of the past 3 years. As it turns out, the latter has quite some advantages, because the tool always works while sensors can break down. On top of that, there are almost no operating costs related to running the analysis.

To conclude, what can be learned of the connected coffee machines? Implementing IoT in an office building actually raises a lot of questions, and small things like coffee can get really complex. Coffee is not just about coffee anymore, just like cleaning is not just about cleaning anymore. The building owner, user and facility manager need to collaborate, think about new contract models and obtain new capabilities (e.g. data analytics skills) to be able to work in a connected environment.

Within The Edge 2.0 program The Edge is used as a living lab to test and validate many different innovations like the connected coffee example. This is done together with an eco-system of partners working in an agile way: start small, test whether the technology works in a live office environment, and if it does: scale it up throughout the building, and perhaps even the whole Deloitte office portfolio (15 offices in NL).

The most important lesson learned is that you can keep researching or thinking about innovation and smart buildings, but don’t forget to get started! Think big, start small, upscale quickly and keep evaluating and improving.

Mail the editors
Back to the edition 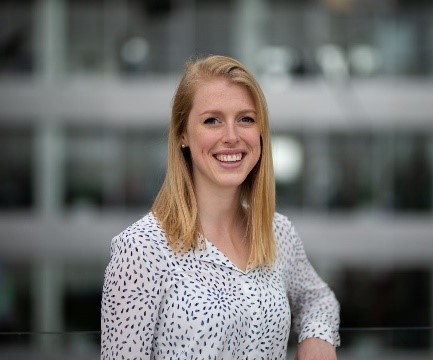