I first developed this approach in the late 1970s when I was making a career transition from management consulting to architecture. The spatial form of office workplaces determined flows and kinds of organizational communication. Spatial configurations are typically represented in plans typical in architecture, urban planning and design, and real estate. But such representations are not always grasped by those not in design professions and their deeper functional implications, while perhaps intuitively recognized by some, are otherwise difficult to describe objectively. This approach employs cognitive neuroscience, discrete geometry and complexity theory in a framework of communication network analysis. It’s been used to analyze retail, office, health care and industrial facilities and applied to sites, locations, neighborhoods, street systems and public places but this article focuses on interior space.  It’s been approved in court as meeting the Daubert standard. In Daubert v. Merrell Dow Pharmaceuticals, Inc., The United States Supreme Court identified criteria used to determine the admissibility of expert witness testimony in federal court.

Human cognition underlies our mobility. Cognitive mapping as addressed in O’Keefe and Nadel’s The Hippocampus as a Cognitive Map (1978) received attention in architecture and related disciplines.  Cognitive neuroscience provides a unique perspective and potential foundational insights regarding how cognition links configuration with movement.  The spatial paths in built configurations can be considered embodied cognition. Wilson and Golonka (2013) say embodied cognition implies the organism has resources such as the “brain but also the body, the environment, and the relations between these things (e.g., the motion of our bodies through the environment). … Embodied cognition solutions solve specific tasks, not general problems, so identifying how an organism produces a given behavior means accurately identifying the task it is trying to solve at the time.”  This task is following a path to go from place to place.

A substantial body of research indicates that the firing of neurons in particular neural structures during movement, e.g., in the entorhinal cortical-hippocampal system, can be matched to the locus of movement in the spatial-material world. Neurons in the entorhinal cortex and hippocampus have been shown to be instrumental in cognitive route mapping: place, grid, head direction, and border cells. O’Keefe, Moser and Moser (2014) who received Nobel prizes in 2014, provide examples of these navigational neuronal responses when mammals face in a certain direction, regardless of the animal’s position. Subsequent research shows these responses occur in humans.

Head direction and border cells fire and are recorded in grid and place cells as we are moving.

For example, say figure 1 shows two routes from A to B in two corridors. A to B distance is in the upper corridor is 24 feet and 18 feet in the lower one with the chicane. In which configuration is B more proximate to A?  Intuitively, we recognize that a 90-degree left turn followed by a 90-degree right turn will cause movement from A to B in the lower example to take slightly more time.   But suppose there’s a person at B waiting for a person coming from A?  Each person will have knowledge of the other’s nearness more quickly in the upper layout. Further, assume the person at B has been waiting a few minutes and the person coming from A is overdue. Though the person at A has moved one-third of    way toward B, the person at B does not know this and leaves.  Thus, uncertainty is reduced in the upper layout. These binary conditions affect awareness and face-to-face interaction. Functional distance is a combination of the aggregation of each discrete interval of a measurable distance and the probabilities of stopping and slowing down where the intervals link. A four-way stop is one probability condition. A closed heavy door at a building entrance is another. It is not difficult to construct a network composed of functional distances.

The other concept is spatial convexity. In 1980, as a project architect I needed to track construction for the conversion of an historic office building to apartments on Printing House Row just south of Chicago’s Loop. Having just read about convex spaces in A Pattern Language by Christopher Alexander and others , I decomposed L-shaped rooms and alcoves extending from to rooms into convex spaces.  I treated each convex space as one interval abutting and allowing movement to one or more adjacent convex intervals within a larger but distinct spatial configuration such as a three-bedroom apartment. Wherever one interval abutted and allowed movement from one to another interval was defined as a link. The result was a spatial network of each apartment that organize punch list observations to put on a spreadsheet.

Figure 2 illustrates how lineal and convex intervals are overlaid on a spatial configuration.  In figure 2 upper, there are convex intervals making one link where they abut and one lineal node with no links. In figure 2 lower, there are five abutting convex intervals making four links and four lineal nodes with three links. Each ⧠ in this example is not only a link but also an indicator of a possible temporal discontinuity of movement such as a turn or stop. An uncertainty measure to accommodate temporal variation can be used where an ⧠ appears.

Human mobility, i.e., moving from one place to another as pedestrians, bicyclists and drivers or passengers in a vehicle requires physical and cognitive effort. which in complex exterior environments today can be replaced by GPS. But even what might seem a slight increase in such effort will cause a person to rethink getting from one place to another. In Human behavior and the principle of least effort, George Zipf begins his influential 1949 book saying:

“Everyone in the course of his daily living must to some extent move about in his environment. … We stress this concept of movement over paths because we shall attempt to demonstrate in the course our following chapters that every individual’s movement, of whatever sort, will always be over paths and will always tend to be governed by a single primary principle, for the want of a better term, we shall call the Principle of Least Effort.… a person solving his immediate problems will view these against the background of his probable future problems, as estimated by himself.”

To measure complexity Heylighen (1999) says complexity increases when the variety and dependency (also called distinction and connection) of parts or elements increase the ordinary three dimensions of a spatial, geometrical structure. However, to show that complexity has increased overall, all other things being equal, it suffices to show that variety and/or connection have increased in but one dimension. Processes increasing variety are called differentiation; increasing the number or breadth of connections is integration. My approach examines two-dimensional configurations and assumes all streets have a beginning and an end.

Raw lineal distance is important when a straight line is significantly longer than the average or median length of the other lines analyzed. and it’s often useful to break up a large network into a few smaller chunks. a very simple measure of spatial complexity is simply the number and ratio of lineal to convex intervals in proportion to the size of the building or property type. For example, such a ratio for successful regional mall might be 1: 3.7. for the floor of an open plan office 1: 8. Tertiary care hospitals are a good example of complexity: without signage their spatial configurations can be like a maze. As a practical matter, simply overlaying a spatial layout with tracing paper and drawing and connecting straight lines will tell you a lot.

A huge proportion of real estate relies on human movement to, in and from buildings and on the public ways we get there. Humans have a built-in geometric sense to minimize effort and don’t like inconvenience. Few people will make the effort to engage with the people, goods and services in a building when a layout requires too much effort to use. The result is decreased productivity and revenue. This approach can be used in a due diligence process.  I have used it in over 80 consulting gigs.

Mail the editors
Back to the edition

Gordon Brown taught architecture at ASU, the University of Colorado and as Adjunct Professor in the IIT Architecture PhD program. He was Head of the Real Estate Management and Development Group at Eindhoven University of Technology, The Netherlands from 2006 to 2009.  He's given conference presentations on three continents and published over 40 articles in peer-reviewed scientific and scholarly journals, professional and art publications.  His book, Access, Property and American Urban Space was published by Routledge/Taylor & Francis in 2016. Frontiers in Psychology published From Savannas to Settlements: Exploring Cognitive Foundations for the Design of Urban Spaces which "has done particularly well and is in the top 10% of all research outputs ever tracked by Altmetric." Degrees: BS in Communications, University of Illinois, Urbana; MBA, University of Pennsylvania, Wharton School; MSc (Arch) University College London, Bartlett School; DTech, University of Ulster, Northern Ireland. 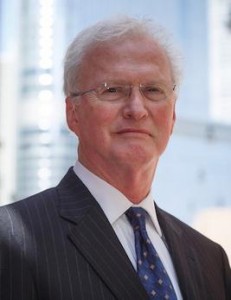 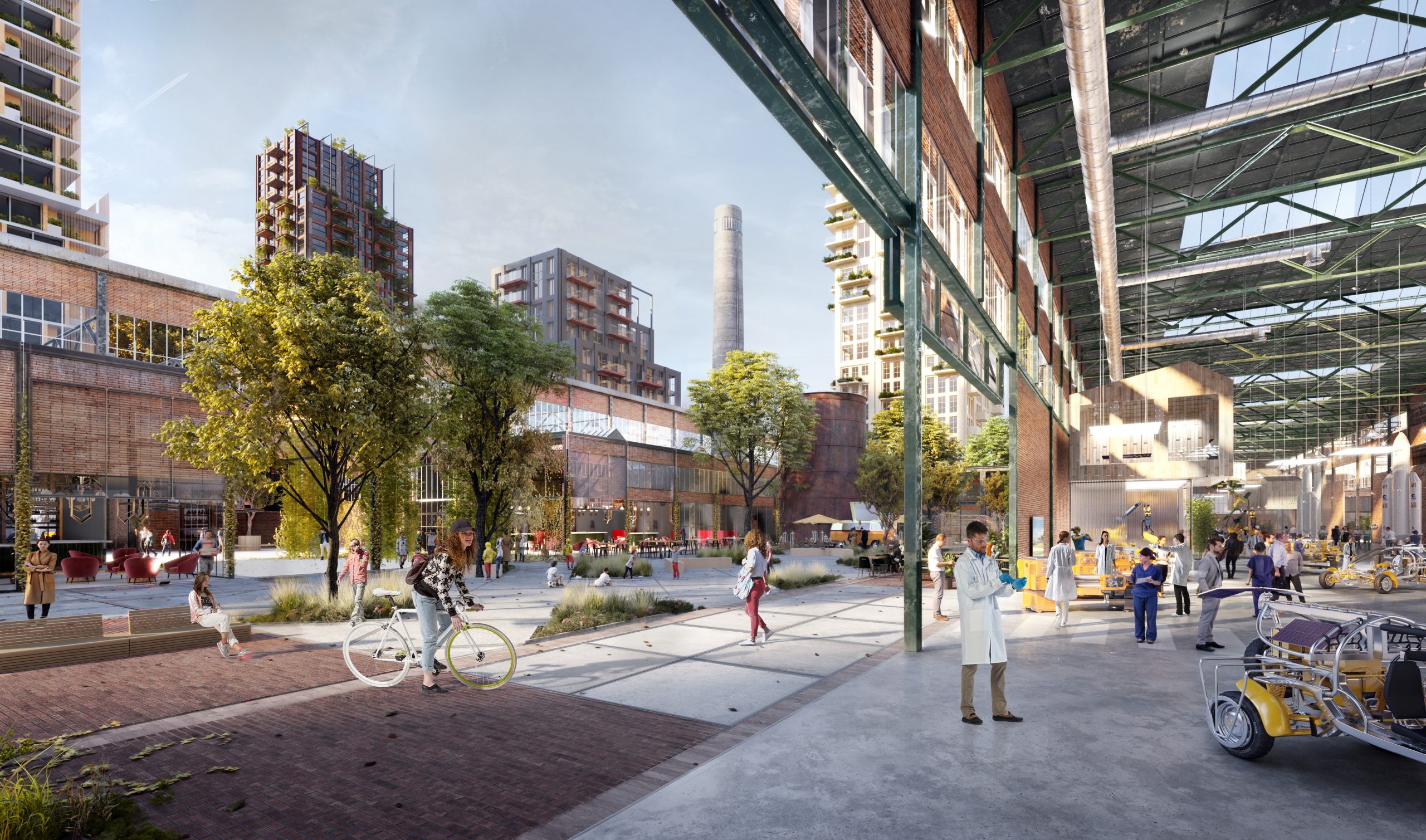 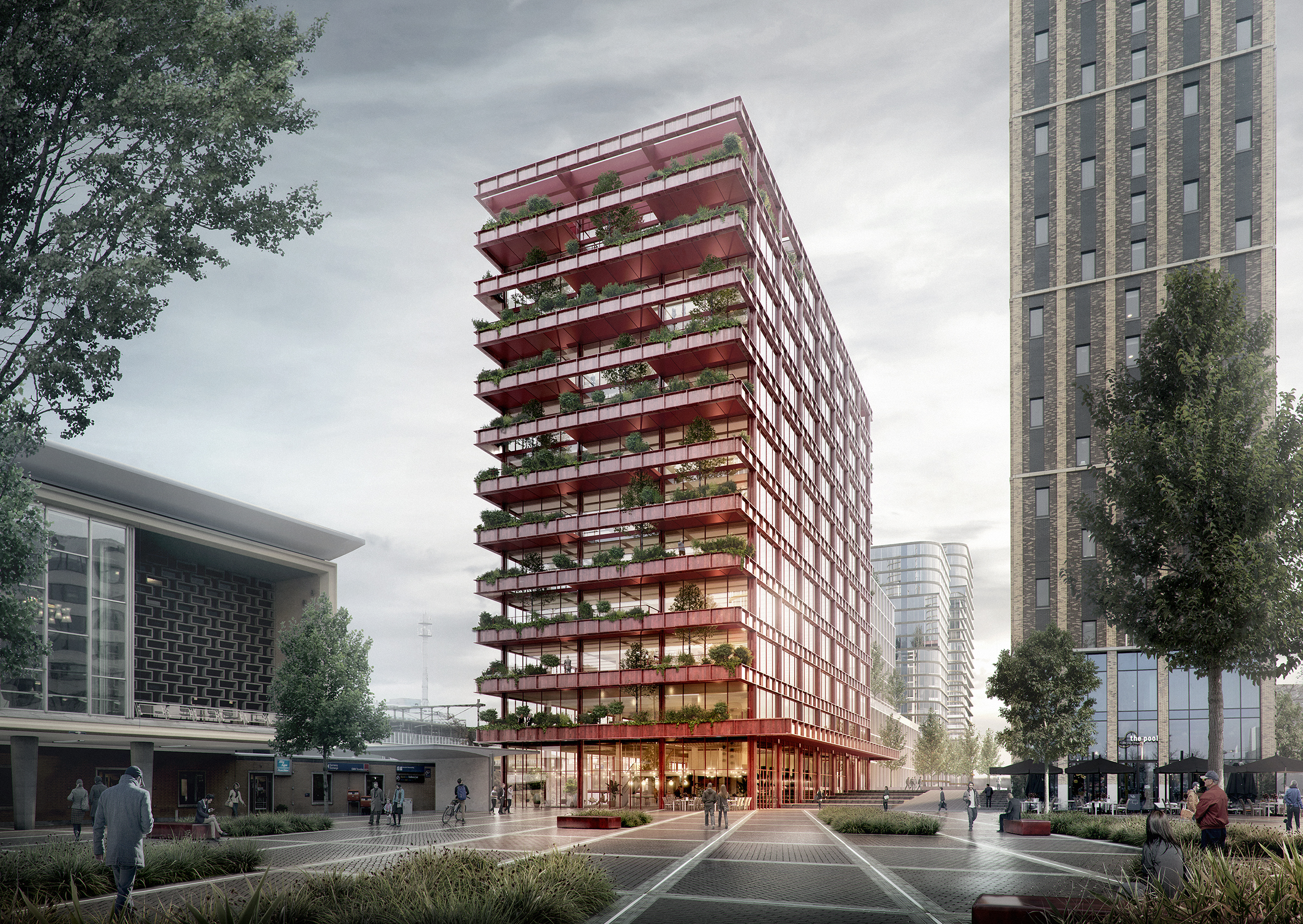 Opinion of the Student on Artificial Intelligence in the Built Environment

Artificial Intelligence and Building Physics – Anne Offermans Within the discipline of Buil...